11 of Jennifer Lopez's Most Iconic Fashion Moments of All Time

11 of Jennifer Lopez's Most Iconic Fashion Moments of All Time - Jennifer Lopez or commonly known as J.Lo started her acting career in Hollywood since 1993. Apart from being an actress, Jennifer Lopez is also known as a pop and R&B singer who has released more than five studio albums. Although her career has started since the 90s, Jennifer Lopez is still considered as one of the Hollywood stars who are increasingly exist today. Throughout her career, this 52-year-old woman continues to be the subject of conversation thanks to her distinctive style. 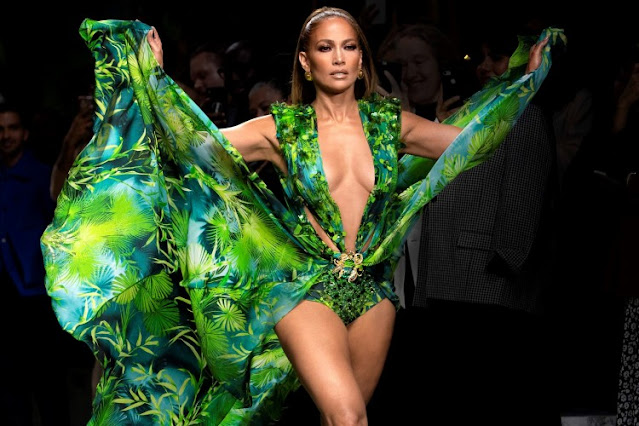 Regarding appearance, Jennifer Lopez has always relied on her luxurious, glamorous, and sexy style that easily steals attention. Starting from the red carpet, photo shoots, to on stage, Jennifer Lopez always amazes fans with her total appearance. Some of the clothes that Jennifer Lopez wears are even called 'iconic' and are still often discussed by fans and fashion observers to this day.

1. At the 1998 CFDA Awards, Jennifer Lopez dared to wear a black naked dress decorated with sparkly sequins. This sexy style has succeeded in making him the main spotlight. 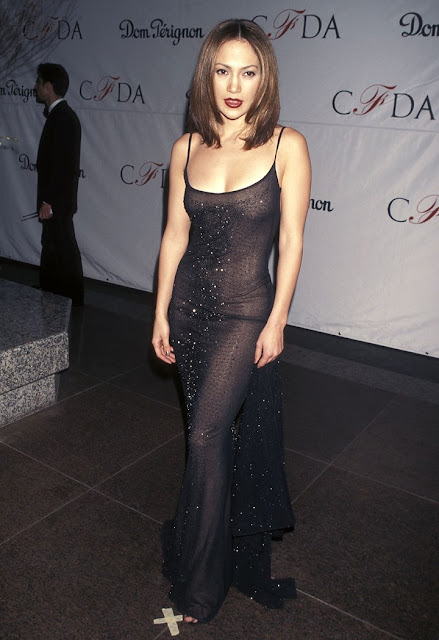 2. Jennifer Lopez co-starred with actor Ralph Fiennes in the romance-comedy film Maid in Manhattan in 2002. In this film, the iconic Jennifer Lopez wore a luxurious strapless soft pink dress. 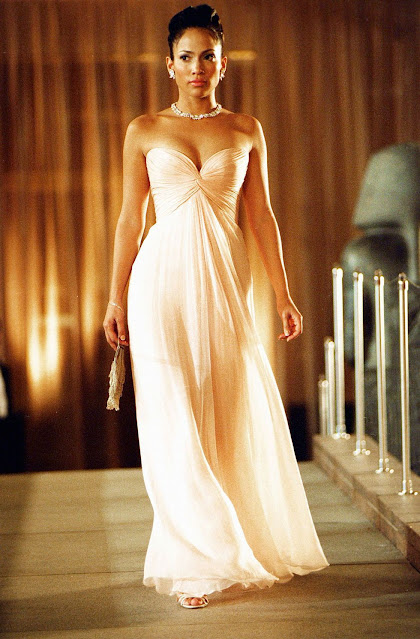 3. Jennifer Lopez became the center of attention when wearing a mint green one-shoulder gown by Valentino at the 2003 Academy Awards. This classic, timeless dress is inspired by the style of Jackie Kennedy in 1967. 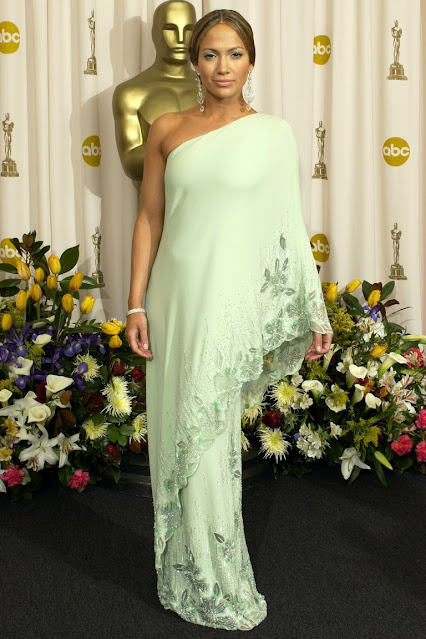 4. One of the most luxurious dresses Jennifer Lopez has ever worn is a Valentino Couture gown with a voluminous bow in gold and emerald green. Worn at the 2020 Golden Globes, this uniquely designed gown is on Jennifer Lopez's list of most iconic styles. 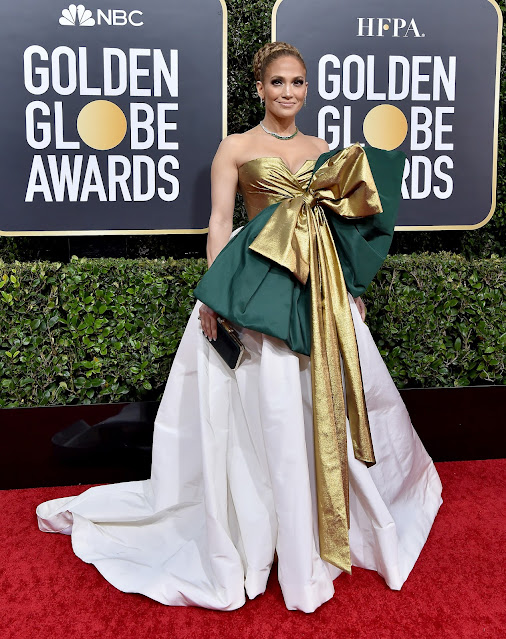 5. At the 2009 Golden Globes, Jennifer Lopez looked sexy and stunning in a gold plunging v-neckline gown designed by Marchesa that exposed her chest area. 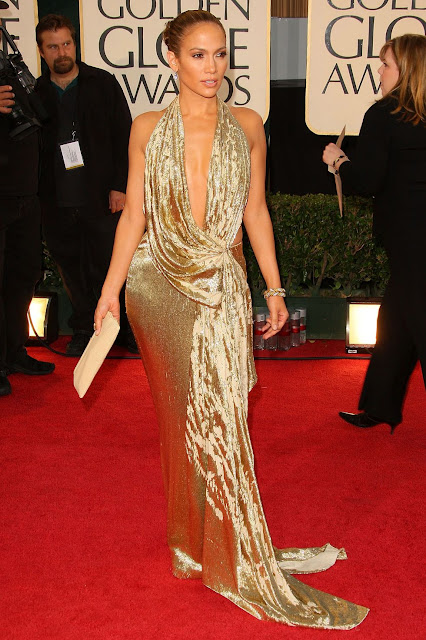 6. In addition to the red carpet style, Jennifer Lopez also showed off her iconic outfit when appearing on stage. In her appearance at the 2020 Super Bowl, the sexy star wore a Versace sheer bodysuit adorned with 12,000 silver sequins and 15,000 Swarovski crystals. 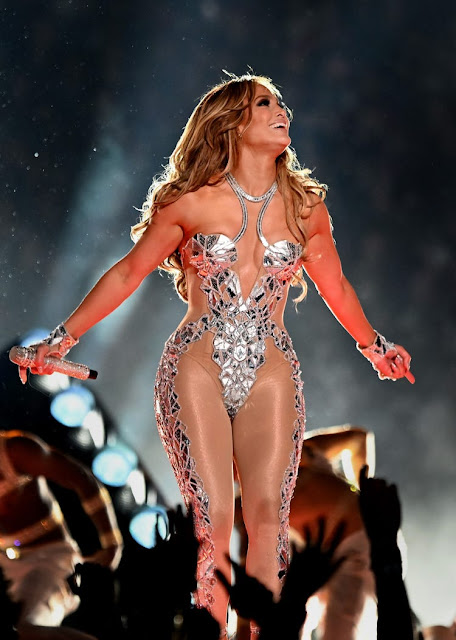 7. In 2018, Jennifer Lopez shocked fans when she appeared almost naked wearing a green sequins cape gown from Valentino Couture at a photo shoot. 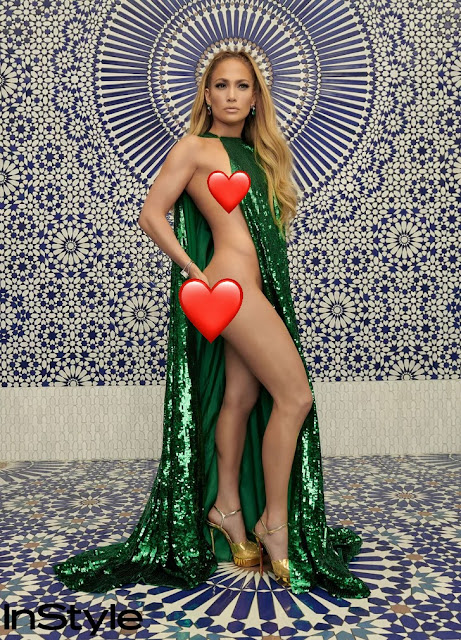 8. Jennifer Lopez has an eccentric style according to the "Camp" theme when she attended the 2019 Met Gala. At this event, Jennifer Lopez wore a silver gown with a plunging v-neckline design and a Versace slit on the thigh. Give a sexy and glamorous impression, the star also wore a silver bejeweled headpiece as a statement item that stole attention. 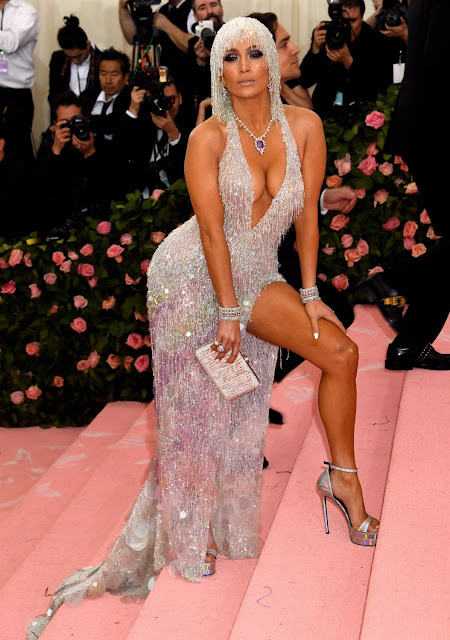 9. This year, Jennifer Lopez released her latest film Marry Me with actor Owen Wilson. In one scene, Jennifer Lopez is seen wearing a bridal gown from Zuhair Murad which weighs about 95 pounds or 43 kilograms. Featuring six layers of fabric, this sumptuous gown is one of her best in the latest styles. 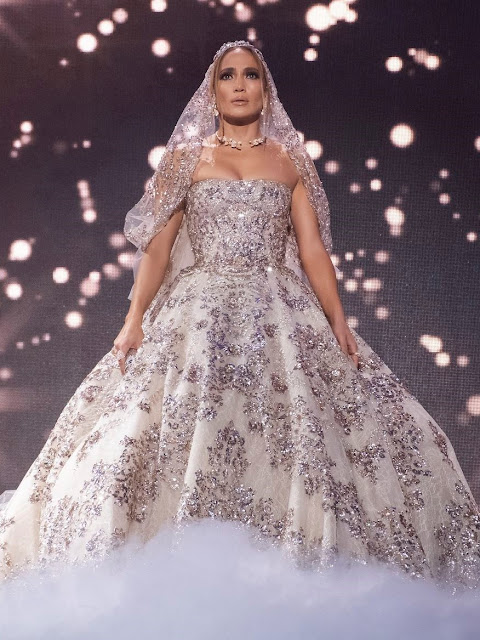 10. Regarding Jennifer Lopez's iconic style, of course you can't miss the Versace jungle dress that she wore at the 2000 Grammy Awards. This dress became one of the most searched topics on Google after being worn by Jennifer Lopez. The number of searches for Versace dresses is one of the reasons Google created Image Search. Not only that, this dress even has its own Wikipedia page, you know! 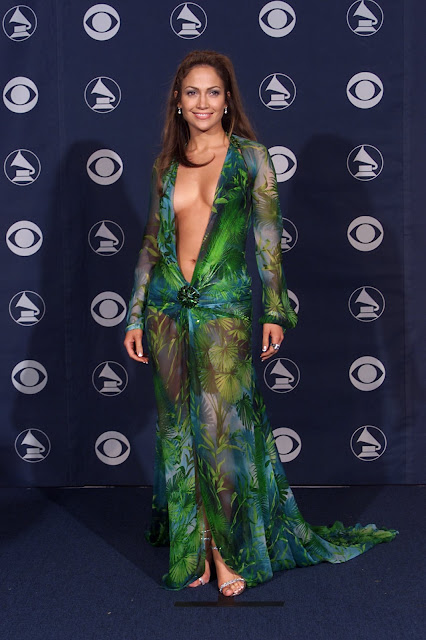 11. Relive her most iconic moment, in 2020 Jennifer Lopez closed the Versace runway at Milan Fashion Week wearing the jungle dress she wore 20 years ago. Although it looks the same, this Versace dress has a design transformation that is more vibrant, modern, and sexy than before. This one moment proves that the dress that Jennifer Lopez wore two decades ago is still iconic today. 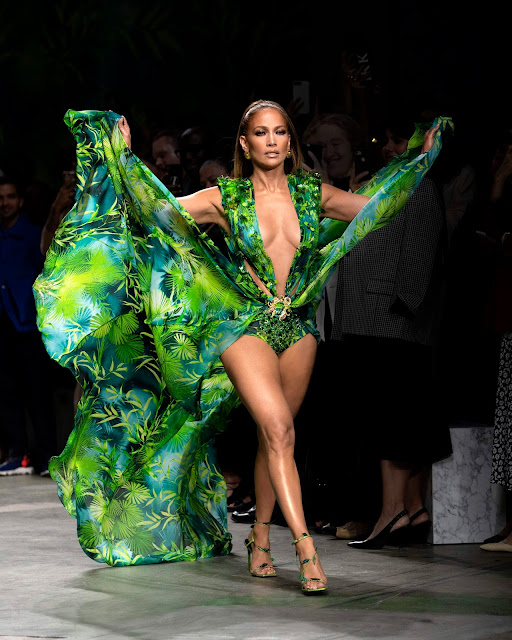 Exploration of Pleated Skirt Styles You Can Try
One type of clothing that is classified as timeless, not in…